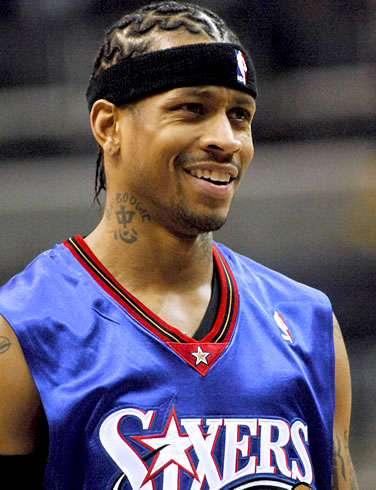 "Just give me a training camp," he said. "Maybe I've rubbed people the wrong way as far as saying the things I've said in my life and in my career. But if any team needs me to help try and win a championship in any capacity, I'm waiting."

"The only thing that I give a damn about is that the people that care about me know that I'm all right," he said. "All I want is my real fans to know I'm fine, my wife is fine, my kids are fine. I'm fine and I'm looking forward to getting back on a team and being productive like I have been my whole career."

I would like to see Iverson get another crack in the NBA,but always seems like he get's a chance,and it doesn't work out. I don't want him on the Celtics,but that doesn't mean he shouldn't be able to get another chance in the league.

Even though I think he should get a chance. I don't think he's got enough in him. He's 36,and I don't know if he's in good shape like  Ray Allen,or ;ike Jason Kidd. He's been dealing with nagging injuries for the past couple of years. I wish him luck.