Will the Celtics play their draft choice in the 2011-12 season? 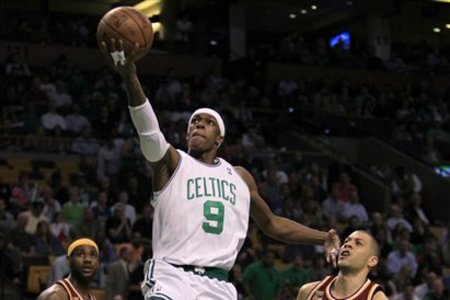 To be honest I have no faith that the Celtics draft pick will play this season. Of course I know the reason on why he won't play. The Celtics are a veteran team that thinks championship. Their not developing new talent,and their not rebuilding as of right now. I get excited about the NBA draft because I'm a NBA junkie who needs a hit of the NBA,and even if it's a draft. I bad draft as well. Look at the list of guys that the Celtics have picked in the draft.

In 2008 J.R Giddens at 30,and then we move on to 2009 Lester Hudson. Bill Walker is their in the mix,and last season we have Luke Harangody,and Avery Bradley who was picked 19th overall.

This season I don't expect much out of the 25th pick,but maybe the Celtics are due. The 25th pick could be a steal. Their have been some good late draft choices,and even in a weak draft who knows what happens.

Next season is a different story. We have the Clipper pick,and we could snag a good young player next season,and then we could  put  him next to Rondo,and maybe Howard?

The draft picks even in prior years when the Celtics wanted to rebuild were not the greatest players. Al Jefferson a solid player who could still be a all-star,but Big Al hasn't taken the next step. He's got all the post moves in the world,but he's not a leader,and he doesn't take his teams by storm. Guys like Ryan Gomes,and Gerald Green have played some good ball,but they're not even close to all-star levels. Delonte West is a solid role player,and Perk is a good starting center in the NBA, Rodno has been Danny's best choice,and he was a draft day deal from the Suns. It's still a draft pick from the Celtics. Rondo was a 20th pick in 2006. I'm in search of a pick like that.

In 2007 we know the Celtics lost out on the first and second pick. The Celtics picked 5th,and the Celtics traded Jeff Green for Ray Allen. Of couse more players were involved,but those are the two key guys from the deal.

I hope the Celtics don't get to that point for another decade in the Rondo era.